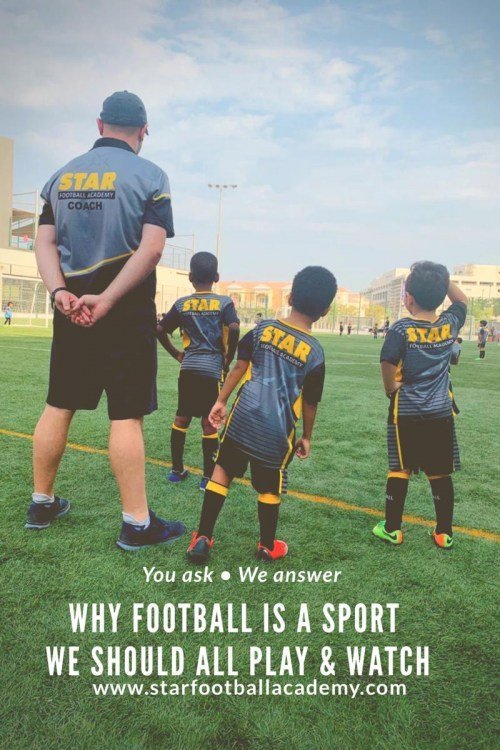 For anyone who has ever tried to play football, you’ll know exactly what it’s all about. Football is the ultimate team game – the perfect personification of working together for the greater good. Football actually mirrors life in so many ways, which is a big reason why it is the ultimate sport. Many people look to get into football coaching or to put their children into the best football academy. And the reasons why are simple: football is an intoxicating, addictive sport to watch and participate in. Why, though?

Football brings us together

One of the most important things to remember is the people that you meet through being able to play football. Sign up for a football club, and you could make friends or life. They could be totally different to you; from a different background, culture, economic opportunity etc. – but football removes it all. On the pitch? It’s about what you can give to your team, nothing else.

That is why football is so good at bringing all of us together. When you play football, you are part of an extended family for the duration of the match.

For those who feel like they do not belong, football is arguably the ultimate place for you to start with. Find a team that matches your belief system, and you’ll soon belong!

Supporting a football club is the ultimate catharsis

Part of what makes football so wonderful is that you can really find that supporting a club changes who you are as a person. It gives you something to look forward to, to bond over, and to talk about constantly. It gives you a distraction from worrying about money, politics, health, and everything else that matters.

Football in the past has been described as ‘the most important of the unimportant things in life’, and that is 100% true. For a true football fan, your football club comes just after your family, your friends, and your health!

Football is a form of art; the combination of all of those people forming one idea and pulling it off? That is art.

Another reason why we love football is that it mirrors the best parts of society in many ways. We get to see people come together from all backgrounds and cultures and play together. Look at Liverpool Football Club in England, for example; they are truly successful, built on a team ethic, and manage to do so with one of the most diverse coaching and playing staffs in the world.

That diversity in the team has had a huge net benefit on how people from other races and backgrounds are perceived among the Liverpool support. And it’s not just Liverpool – so many clubs have helped to create tolerance for others through showing what they can do on the pitch.

For when you pull on the shirt of your football club, nobody cares where you come from any longer. You could be from their biggest rivals; if you do the business on the day, you are a hero. That’s why football is so important for society: it shows us that our problems with accepting others are purely artificial. When people from various backgrounds come together to help you see and achieve something? You’ll never think bad of them, or people like them, again!

Part of what makes football ‘the beautiful game’ is that history is littered with amazing shocks and scenes. Teams who should never have had a chance of winning something big doing so. The David rising up to beat the Goliath. Football is full of stories of minnows besting masters, and it’s truly amazing to watch.

The script is entirely unwritten, but sometimes things just feel so right. From a released youth team player scoring the winner against his old club to a lifelong fan of a club scoring a title-wining goal, you can never truly predict what is going to happen in a game of football.

That’s why so many people love it. Other sports have favourites for a reason; they tend to be the ones who end up winning 9 times out of 10. In football, a surprise and a shock result is just around the corner. At the end of the day, it’s 11 versus 11; all it takes is one or two from the ‘big’ team to not turn up on the day, and a minnow can achieve something memorable. That’s why football is the global game.

When you join a football team, you get to enjoy being part of a second family. From the moment you join until you leave, you are part of a group of people who will go to war for you on and off the pitch. You foster a spirit and a friendship that is unbreakable until you leave. That is why football can be life-changing; it gives players, coaches, and fans alike the opportunity to change their lives and to take part in something truly life-changing.

So, can you now see why so many people around the world have a deep, lasting love and affection for football?