Why are football role models important for the children 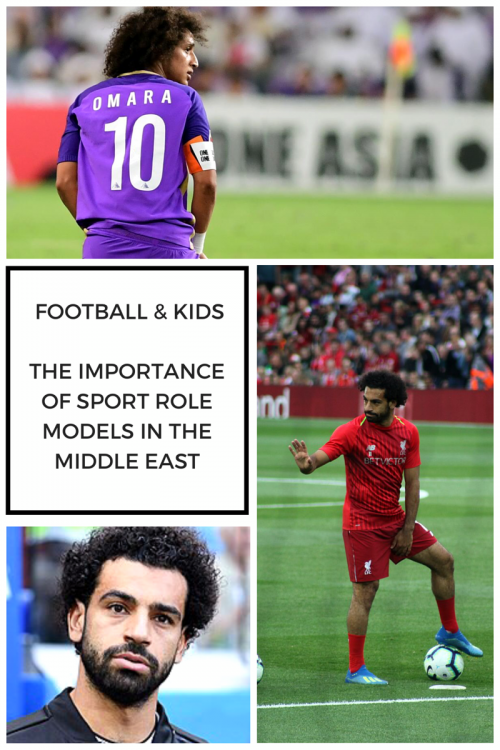 The ‘Mohamed Salah Effect’: Why are football role models important for the children growing up in the Middle East

For young people in Egypt and a wider Middle East, Mohamed Salah is not only a football player, but an icon and a true role model. Coming from one of Egypt’s rural villages where majority of people lives in poverty, Salah exemplifies the ideal of a young man who dreamed big but worked hard to achieve his dreams.

The importance of positive role models in sports gives children and young players the motivation to be the best they can be, however in the Middle East it is often difficult to showcase professional players within the local communities.  In Europe, America and many other countries sports players are heroes and play as role models to the nation, especially children. It is often the respect the

players gain by playing a sport well and also overcoming boundaries to get to the elite status that they have achieved.

When names such as Lionel Messi and Christiano Ronaldo are mentioned, excitement in children’s voices can be heard with the celebrity status of these players. However the excitement also has underlying values that our community holds such as fair play, overcoming setbacks and the story behind each player. Unfortunately in the Middle East, players in football are not celebrated or held up to these high statuses, which is a shame. The Middle East has produced some amazing football players in the UAE such as Ali Mabkhout and Omar Abdulrahman.  However, they are not so widely identified in the media or in a role model status. How do people identify with these elite players and how do they help motivate a new generation of sports players?

How kids identify with football heroes working towards their dreams?

In countries that have high-profile players there is an enthusiasm from the nation of pride in a belonging to a national identity or a similar culture. A child from Argentina or South America sees that there is a possibility of being Messi or Ronaldo as there is a connection of culture or perhaps the same setbacks. When players have hardships such as Messi coming from a poor upbringing or him overcoming medical problems as a child it builds connections with children especially from his own country. Many sports people that have been discovered have not made it overnight often over coming poverty, social status, illness, low social economic status and various other hurdles. However this inspires future generations of players to not give up as they see their heroes as working towards their dreams.

In the Middle East these stories are finally being untold. Already mentioned Egypt’s Mohamed Salah who now plays for Liverpool has been quoted after winning the 2019 UEFA Champions League Final: “I have sacrificed a lot for my career, to come from a village to go to Cairo, and to be an Egyptian at this level is unbelievable for me.”

Although we hear a lot in the Middle Eastern media about him, there are also many more players from the Middle East whose incredible stories could well inspire and motivate people in this region of what is possible for them.

How successful football players can help the local communities?

Another big factor is also how sports heroes influence their audience in a positive way. Football players can be positive role models for a healthy lifestyle, fitness, perseverance, discipline and being encouraging people to be the best you can be. Research has shown that having sporting idols to look up to give children a sense of belonging with their peers as they are motivated to be like their role model and the community is behind them. Often players visit schools or clubs for motivational purposes. Some players back up various sporting programs and are involved in promoting sport in communities.  Charity work and media interviews give opportunities for players to connect with an audience and share their ideas, lives and personalities with the public. The Middle East could well benefit as there are many clubs and sporting arenas that would also support the players that may open opportunities for sponsorship or public recognition. In Middle Eastern countries like the UAE that have many nationalities, it is also an opportunity for celebrating diversity and supporting local clubs.

In 2011 a study in the ‘Journal of Adolescent Health’ showed that 59% of adolescents identified their role model that they looked up to and impacted their lives were sporting personalities. With this study it also showed that children who had positive sporting role models were more likely to make better health-related decisions. Children were more likely to participate in regular physical activity rather than spend copious amounts of time on games or television. Because of physical activity these children had more friends and had good social skills. The benefits also showed that children who followed their sporting role model had confidence, perseverance and generally did better in their education. Also they had a positive attitude which positively affected the people around them as playing sport taught team work and acceptance.