Anees Makrous is a highly experienced and qualified Physical Education teacher with a Physical Education Degree and has been part of developing and implementing PE curriculums in international schools in the UAE. Anees is the Inter–School Sports Coordinator and Chairman of EISSA (The Emirates International Schools Sport Association) who is responsible for organizing sporting activities for 10 International schools between Dubai, Sharjah, Ajman and Ras Al Khaimah. He is a member of the FA Licensed Coaches Association with a B Coaching License from UEFA as well as achieving a level 1, 2 and 3 Certificate in Football Coaching from the English Football Association.

Anees has worked with multiple esteemed English Football Association Coaches Stephen Lister and Lee Mitchell as well as with the esteemed Barcelona Director, Mr. Albert known as “the Coach who developed Barcelona’s golden generation” over the past 25 years.

He has developed Soccer Coaching Programs at the American University of Sharjah with the university team as well as the Wellness Program for kids from 4 years old to 16 years old.

These are some of my qualifications:

Our head coach and manager Abdul Kader Allie has many years of experience in coaching football from children at a very young age right up to the late teens. He began as a football player himself, winning many accolades and recruitment offers, which led him to want to coach and gain his credentials. Abdul Kader Allie has high qualifications from the English FA receiving a level 1 and 2.

Since 2009, Ali has held positions at various football academies in the UAE as head coach and has trained and recruited many coaches that pertain high skills and experience to work with children from as young as 18 months old to the late teens. Ali has launched many new programs that provide a holistic approach with modern up to date coaching techniques. He has had successful outcomes in the opening and launching of these academies and programs and now is excited to be working as Head Coach and Manager at the Star Football Academy. 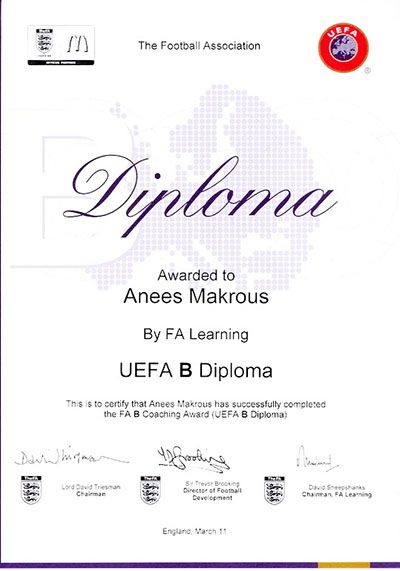 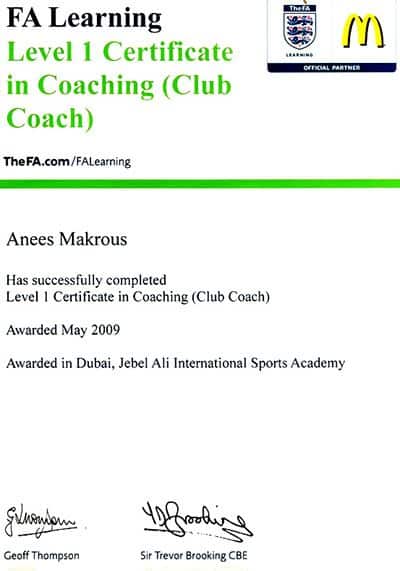 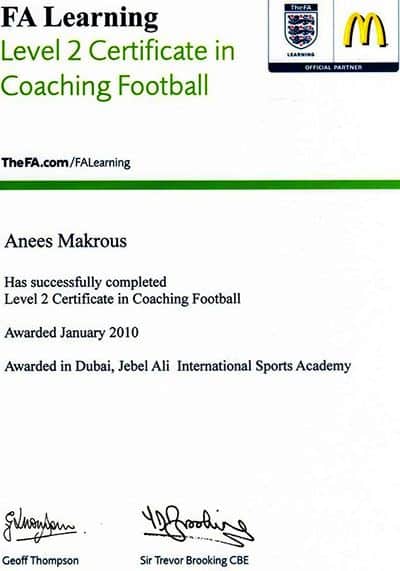 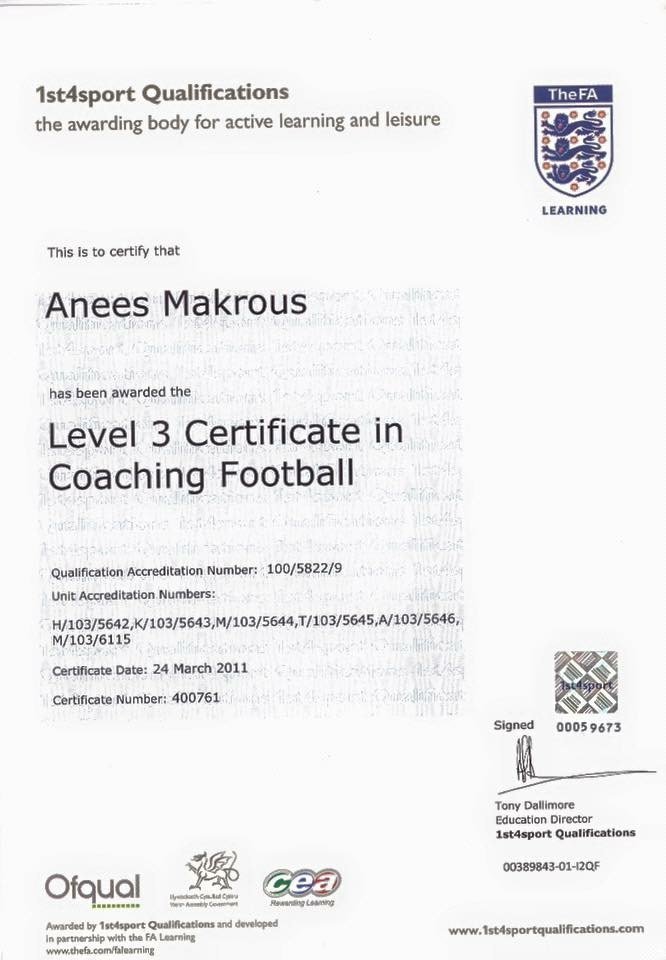